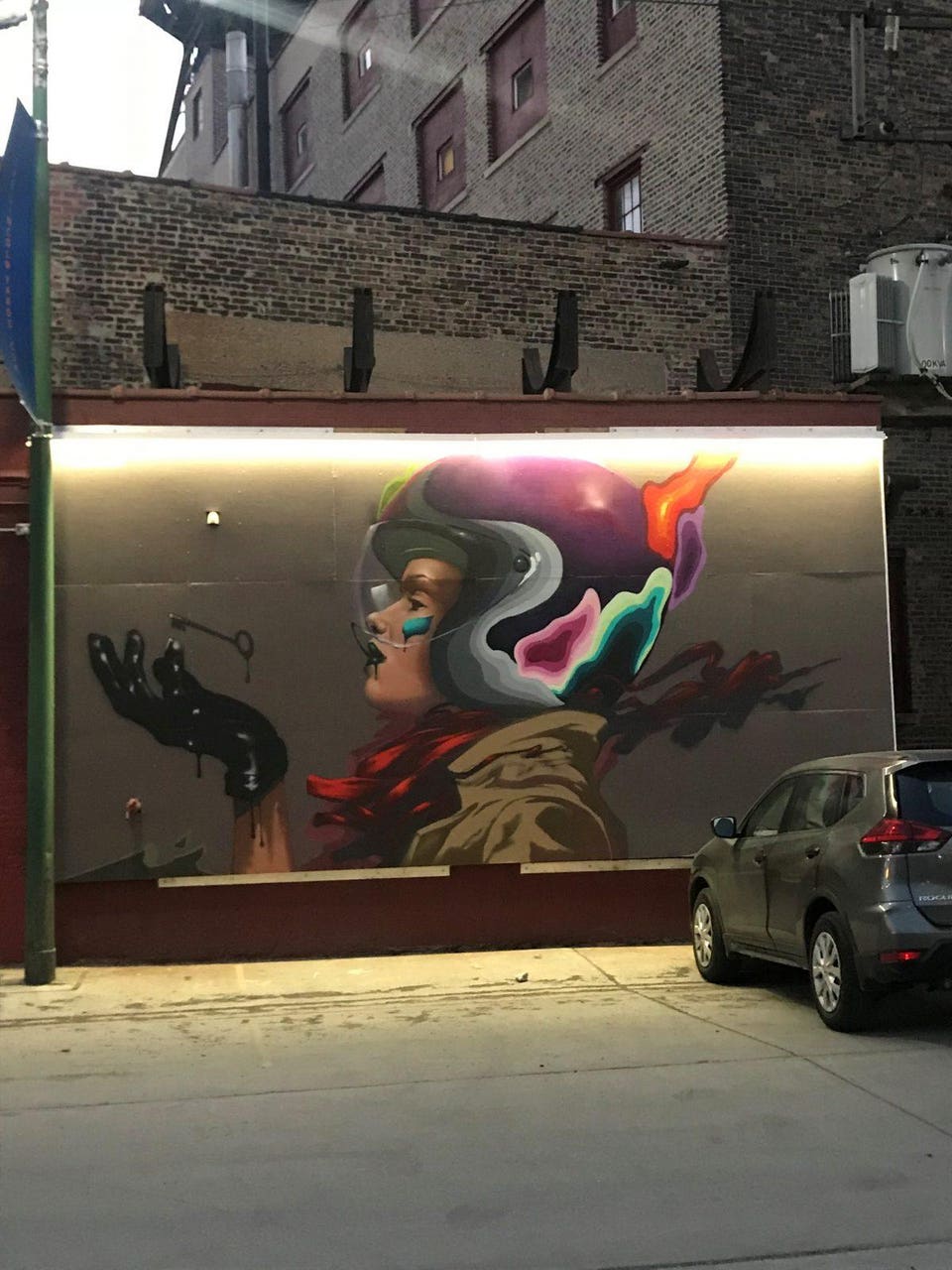 In the dog-eat-dog world forged from today's battle for top talent, employers are no longer content offering free beer and fitness centers as job candidate bait. That trend hasn't been missed by architects and developers, who are weaving into the very core of their environments aesthetics that engender innovation and expressive thought.

They're doing so in the hopes of attracting tenants that in turn believe these aesthetic environments will captivate and appeal to the right kind of employees. The ways architects and developers are incorporating art in spec office buildings still lacking the distinctive personalities of future tenants is as ingenious as the art itself. Is it just possible that when it comes to luring talent, art works? Let us examine a few examples.

“We are strong believers in the idea that the neighborhood and the building truly feed off one another,” says Dan Slack, principal at Baker Development Corp. “Max Sansing has called the murals that face and surround our building 'a public art salon,' which speaks to our goal of not only creating value but also change in our developments." He continues:

2017 N. Mendell is the first Class-A office building in this formerly industrial, newly rezoned Lincoln Yards area, and we consider it our role to be part of the transition in a way that links its past to its present in an authentic and original way. The art surrounding the building adds color and brightens up the aesthetic and creates a unique destination for Class A office tenants . . . At 2017 N. Mendell, murals from some of the most impressive public artists in Chicago will provide the backdrop to office workers’ and visitors’ work days. When they take a break from the office, the art will present a source of inspiration and reinvigorate their sense of creativity, even on the longest days.

In Denver, a TOD called Central Park Station planned for the Mile High City's Stapleton enclave will be graced by lenticular cloud shade structures designed to conjure thoughts of the eye-catching layered clouds skidding above the wide-open Colorado plains. The Denver office of KTGY Architecture + Planning, which is designing the multi-use development, commissioned Denver-based landscape architects Dig Studio to deliver an ornamental yet functional design that offers both beauty and shade.

“From the moment you step inside the building, the first impression is that this is an escape from the mundane,” said Terry Willis, principal of the Denver office of KTGY. “The art is kinetic, and not static, allowing a more immersive experience relative to the scene portrayed. The art will rotate with the seasons, the time of day, and potentially the mood of the community.

“Outside in the plaza, the lenticular cloud shade structures are first and foremost functional, providing shade for those passing through or perching in the central space while we all wait for the numerous trees in the plaza to mature and take over that function. Denver’s sun can be intense . .  shade is an important consideration.”

Back in the Windy City, celebrated Chicago artist Jason Pickelman was awarded a six-figure commission to curate art for a renovated boutique loft office building at 1440 N. Dayton in the city's trendy North Side Lincoln Park neighborhood. SOI:01, the building's developer, prized art to such an extent the building will showcase paintings, sculptures, 3-D art and even custom-designed wallpaper that whispers of the structure's legacy. It's all in an effort to bestow upon tenants and their guests a “mindful aesthetic experience.”

Said Pickelman: “Art suggests and differentiates. It’s active, even though it’s just hanging there silently. Art expands our sense of what is possible in the same way a poem can suggest a state of mind. Art is about what is possible; whether that is replicating a still life or painting an abstract composition. As we spend the better part of our days in spaces other than our homes, commercial office spaces are a unique venue to send these visual koans out into the world.”